The Tesla Model S is the Revolutionary Electric car. If you are looking for a luxury car rather than fill up with petrol, well that’s what we’re going to be finding out in this blog and we’ll also be telling you how fast the Tesla Model S? How quickly Tesla model S can charge?

If you want any Information and knowledge about buying a new Electric car, Electric bike or scooter electricyug.com is the place for you.

Talking about Tesla Model S Design it looks has aged really well it doesn’t look eight years old at all and it isn’t even as though it’s had a major facelift during that time.

The bumper nose was a bit of a job back in 2016 there used to be a black fake plastic grill there but really we’re talking about very minor changes compared with what most manufactures make when they facelift a car.

If you think design looks a bit like a Mazda well that’s probably because where the guy who designed the Model S Franz von Holzhausen  and where he came from, he’s designed every other Tesla since it started.

But which of Tesla’s current models do you reckon looks best? The Model S, Model 3, Model X or The Model Y. Let us know by commenting on the post in our poll of those models. 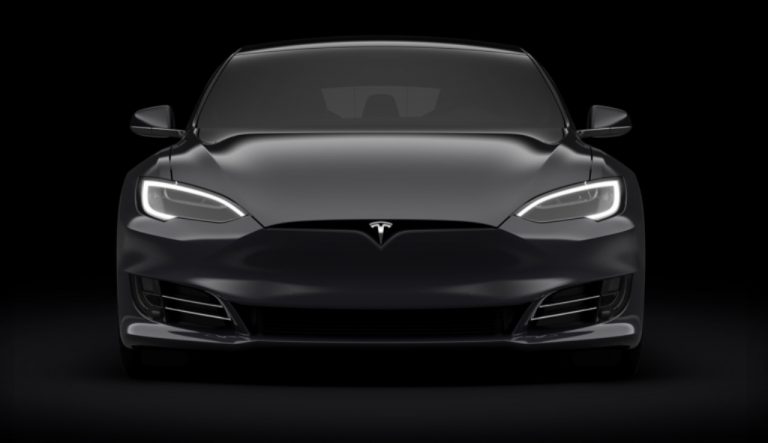 Anyway at the moment there were just two versions of Model S one called The Long range and another called The Performance.

Both cars exactly have the same 100 kilowatt hour battery but performance has more powerful electric motors for even faster acceleration and will tell you what the difference there is.

Whichever one you go for you can charge up in several ways you can plug in at home where a full charge from a 7 Kilowatt wall box will take around 15 hours.

You can use a CCS public charging point like the ones you’ll find at a service station and this is one of the main reasons you might buy Tesla over another brand of electric car you get exclusive use of the company’s proprietary supercharger network.

With this type of superchargers you can expect to charge battery to go from 10% to 80% full in less than 40 Minutes.

Although times vary depending on things like the battery temperature better still if you buy a Model S from Tesla’s existing stocks rather than putting in a custom factory order you’ll get free unlimited supercharger use for the entire life of the car.

Again it doesn’t look at savage, does it? And that’s probably because Tesla has actually influenced many other manufactures with its really minimalistic interiors with very few buttons and switches also pretty much everything is controlled through this enormous 17-Inch touch screen in the middle of the dashboard.

Usually Touch screens distracts the drivers attentions when driving and certainly rather have a secondary rotary controller like you get in can be spaced out BMW cars.

But if you’re going to be touch screen at least make it really big one like Tesla’s because it means everything can be spaced out rather than having all the icons crammed closely together so they’re a bit easier to hit accurately when you’re driving.

So what exactly touch screen in Model S control well it would take me most of the day to go through everything as you’d expect it’s where you get navigation instructions, play music, make phone calls.

There’s also a web browser, a screen where you can schedule charging times and unlock the charging port an energy consumption meter and you also use the touch screen to control the air conditioning.

There is voice control function and it’s useful when you just want to control the interior temperature or switch on the heated seat although it doesn’t always work perfectly with British accent and you can’t use it to do things like adjusting the suspension you don’t or turning on the headlights.

Unliking the chief of Model 3 though you don’t use the touch screen for everything. The glove box there’s button here for that.

The door mirrors as well that’s done the old-fashioned way and it’s less of a facts because the dragon position fundamentally pretty good that seats line up nicely with the pedals and the steering wheel.

Comfort And Cargo As Compared to Luxury Vehicles...

The seats they’re not particularly great they don’t have a great amount of support around. The shoulder and upper back area and they don’t hold you in place particularly well when you’re going around corners either you do get adjustable lumbar support or standard, so at least you shouldn’t have any lower back pain on longer journeys.

Seats look like they’ve been given a coat of Deluxe brilliant white don’t they are that bright.

This seats cost 1,450 pounds over the regular black seat but even if you like them it is worth being realistic about how long they’ll stay that colourful.

Although they look like they’re made of leather actually not Tesla doesn’t use any animal height on its seats, while they use a little bit on the steering wheel for better grip.

One thing Tesla is coming for quite a lot of plastic for over the years but quality certainly things have improved since the Model S first went on sale.

Overall the impression when you get inside this car is that an expensive one, for some that’ll be the most important thing.

But if you start looking little bit closer you do notice the odd uneven panel gap and on the body panels outside as well overall fit and finish is quite long way behind cars like the each one.

Storage space well upon that rather small glove box. There’s much bigger area down below the touch screen that’s got a couple of cup holders in it or indeed you could put a bottle of hand sanitizer in or something like that it’s also a lidded cubby, that you can keep your wallet out of sight and you can also keep your phone.

There’s no storage area under the centre armrest in the front but if you slide it back you will find a couple of cup holders. There is one major missing in though and that’s there is no door pockets.

There’s plenty space at the back with more legroom and headroom than you’ll find it in a Porsche. Because there’s no big bump at the middle of the floor due to transmission line actually makes it quite easy to fit three adults sitting side-by-side.

They’re actually used to be a seven seat version of this car but although that’s no longer available you do get absolutely enormous boot and there’s some under floor storage well for charging cables and anything you want to keep out of the way.

It has also a small boot under the bonnet that Tesla calls at front so compared with the Jaguar I-pace boot.

This is a much better car for carrying luggage and actually it’s so big when you fold down the rear.

I would suggest to experience the acceleration of a Tesla model S because seriously the savagery is like nothing else this side of a Bugatti chiron and let’s face it you’re a lot less what he’s have one of those even the cheaper.

Long range model can do not go 60 in 3.7 seconds but this performance version can do in a claimed 2.3 seconds to get access to full power you need to choose ludicrous plus mode and then to get you off the line as quickly as possible, engage launch mode which you do simply by standing on the brake pedal and pressing the accelerator all the way to the floor.

You’ll feel the nose of the costs a little bit lower to the ground shifting his weight forward a bit like a cheetah would just before charging off after a gazelle or something.

Hence the name cheetah spots that all you need to do is lift off the brake pedal and two enormous electric motors and nearly 800 brake horsepower to all four wheels subjecting your body to more than a G of acceleration force more than you’d get from jumping out of an Aeroplane.

Model S is undoubtedly the fastest electric cars in the world it can still play the role of a luxury limo when you want it to. It’s pretty comfortable provide quite smoothly as cars like the Audi E-Tron and the Jaguar I-Pace around.

But get it on the highways, yes suspension into his comfort setting and it warps along really smoothly and at the high speeds you do notice some wind noise from around those frameless doors and there is some road noise as well the optional 21 Inch alloys wheels fitted to this car probably don’t help that so.

Although it’s an electric car you might imagine that makes I really quiet and that is the case around town at faster speeds you would actually experience less noise in something like a Mercedes S-class or if you select electric car specifically for then an Audi E-Tron.

The Tesla Model S does have some of the best Self-driving tech around though even the standard you get adaptive cruise control with the smoothest self steering system.

For full self driving capability in which the car can change lanes automatically on the highway or in parking, you have to pay around five thousand eight hundred pounds more.

When future software updates are released we’ll even be able to recognize and respond to traffic lights all by itself. When you’d rather be the driving yourself.

The Model S certainly a boat despite the fact it’s nearly as big as one it’s almost five meters long and weighs more than two tonnes. It grips at the corners and there isn’t too much body leaning if you switch the air suspension to sport mode.

Although it’s definitely not as agile as the smaller Model 3 performance and nowhere near as much fun as a push-up I camp.

10 Best things About Tesla Model S You Should Know Before Buying...

So should you buy a Model S? Well because of all those software and hardware updates had over the year’s it’s age definition put you off and if you’re looking for a really big luxurious electric car with a long range then definitely worth considering.

But if you can live with something a little bit smaller we reckon the cheaper Tesla Model 3 performance is and even better buy. It’s still ridiculously quick it has a similarly long range to this car and because it’s bit smaller it’s a bit more agile and it’s a bit more fun to drive.

For lot more information about Tesla and Also other Electric Vehicles head over to Electricyug website for best updates regarding Electric cars and also for Electric scooters.